The social media as well as the Arab and the Western press are witnessing a group of the hypothetical scenarios for what has happened in Turkey, most of them are trying to explain the coup and its failure due to exceptional external elements as the percentage of the coup, or its failure because of the American intervention. Any observer can neglect them through observing the transitions that affected the American attitude towards the coup, and the transitions which ruled the American Turkish Speech. If the Americans arranged the coup, then at least there would be who supported it from the streets, from the parties, and who could keep along with it to form a balance of a street vs street, as what Egypt has witnessed of confrontations of the army and the Muslim Brotherhood, and then we would witness a political plan by the leaders of the coup that made them within a clear declaration of the objectives from the first moment, that would ensure that they do not want to assume power by force, this is what Washington and others cannot support. And then they would make a short-term process and call for handing over the authority  to presidential council that includes the senior officers including the non participants in the coup, whose their ranks impose big responsibilities, as well as judges who have similar positions, and the heads of the four parties including the ruling party. Moreover, this would determine a transitional duration for formulating a new constitution, referendum, and holding new presidential and parliamentary elections on its basis during six months under the supervision of the presidential Council. All of that was not present in the vision of the leaders of the coup; it is enough to indicate to its pure Turkish feature. While the Turkish American debate about the case of handing over the preacher Fathullah Gulen reveals that the Americans were not those who solved Erdogan, and this was proven by their confusion of Kerry’s speech about the safety of Turkey, and their seeking to confirm their lack of knowledge or their involvement in the coup in response to the accusations of Recep Erdogan’s party.

The Turkish character of the coup and the Turkish character of its failure are two clear features, that have not any common hypothesis for the fabricated coup within the facts, such as the movement of the Air Force, bombing the parliament, and the control over the TV channels for a certain time and the presence of names of senior generals as the leaders of the air and mainland force, and the leaders of the first and the second armies as the leaders of the coup from sources that are not affiliated to the media of Erdogan who has been affected by confusion for four hours that end with his first public emergence at three o’clock in the morning, while his previous confused image was enough expression of the serious anxiety, fear, and panic and what has affected him and has affected its party of shock, this would not be shown if the coup was fabricated, because in its showing there is an adventure of making the matters out of control to be repercussions that their ends are not clear. In such cases no one has guarantees of the control, because the fabrication would be better if Erdogan was in Istanbul and he started to emerge publicly in the first hour with popular loyal crowds that provoke going to streets, and then the units of the army which support Erdogan were faced the coup to start the charges and waging the war of reckoning.

What has happened was a coup that is implemented by the Turkish traditional military class of generals, senior officers and medium ranks. It is clear that they belong to the secular campaign that has not any relation with any religious group as the group of the preacher Fathullah Gulen or anyone else, they were among those whom the campaigns of the control which were waged by Erdogan to tame the army have failed to get rid of them, they are those who planned for a coup on the traditional way, they are the old Turkish regime that includes all the inspirations, principles, policies, and methods that are not included in the storms of the change which the world knew by the social media, the political action,n and the direct role of media, and which became conditions that cause the failure of any political or military movement that neglect them. It is clear as well that their bet was on the success by the knockout that is represented by bombing the hotel in which Erdogan stayed in it in Marmara in his weekend and overtaking him to arrest him if he saved from the bombing, then to arrest the two heads of the government and the parliament, but after the Turkish intelligence has succeeded in making Erdogan escape before the bombing and the overtaking the coup became confused and the reverse attack which was led by Erdogan on the Muslim Brotherhood basis, and which got many experts from the Egyptian experience in arranging the street against the army has started, in addition to what Erdogan has possessed through strengthening the services of the internal security and the General Intelligence which belong to him and support him, in exchange of marginalizing the army and its financial allocations, and restricting the modern electronic equipments with the services which belong to Erdogan.

It is clear that there is no relation of the campaign of arresting which carried out by Erdogan and his party with the coup, but with what Erdogan has said, that there is no deep country in Turkey, it means no army and no judiciary, so he leads his campaign to convert them to two week marginal forces that have no ability. The issue of Erdogan has become after the failure of the project of the sultanate and the failure of the Ottoman by the knockout the local Muslim Brotherhood of Turkey that he is wining by getting rid of the Islamic competitor; the spiritual father Fathullah Golen and his followers. How can anyone believe that thousands of the judges  have been proven within hours that they were involved in the coup, so that they were dismissed and submitted to trials, and that the involvement of thousands of the officers has been proven too, and how the number of the killers within hours after the end of the coup has raised to hundreds, this refers to executions in the streets and killing in front of the houses against the dissidents, there were photos that were reported by the social media about the scenes of beheadings by bearded like ISIS’s men against officers who wear the military uniforms  in brutal ways that are not accepted in any country that claims that it rules according to the equation of the institutions and law.

Erdogan knows that Turkey has become without judiciary; which means without a country, it is ruled by a gang and militia, it is dictatorial regime that is worse than the military ruling, it is his only way to have control over the power by claiming the popular authorization. He knows that Turkey has become without an army and without a foreign policy and that whenever he brings out the army from the internal policy he brings Turkey out of the foreign policy, and that the internal balance with the Kurds starts to vibrate, those Kurds who most of them carry weapons and anticipation for sticking to having control over their regions, Therefore the movement of Erdogan seems stupid and reckless that will lead to overthrow his winning in overthrowing the coup. This crisis which he contrived under the title of asking for handing over Golen is an entrance to more weakness which will affect Turkey after the coup. In addition to the information exchanged by the countries about the martial trials which the followers of Erdogan are making in the streets against their opponents and that end with dragging, killing, and beheading, so it is certain that the Ottoman Turkey which aspires for the role of the sultanate has been fallen by the knockout, and that Erdogan has won by the points a Republic for the Muslim Brotherhood that reels under blood, the external weakness, and the inability of the economic advancement, and which through the religious speech, which the three consecutive words of Erdogan have characterized with will present an ideal background for the growth of the extremist formations which today have a secure shelter and a suitable opportunity for moving and forming basis rules. Therefore, the world before it rests from the illusion of the Ottoman dreams of Erdogan which vanished, has to worry about the under birth -republic of terrorism where the Turkish supporters of Erdogan along with tens of thousands of non-Turks of the refugees to Turkey, and the supporters of the Muslim Brotherhood and Al-Qaeda constitute the stock of ruin that will ravage Turkey and through it it will hit the world. 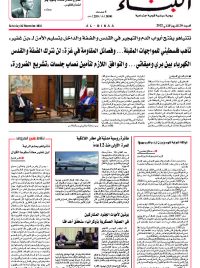