Written by Nasser Kandil,
A veteran Russian diplomat said that the role of the diplomacy is to see what is not seen by others, because it foretells of what is not revealed by the apparent scene. When the nuclear understanding has been signed between the group of five plus one with Iran, the people were reading the expected political, strategic, and economic results, while the professional diplomacy in any country in the world is concerned with showing the complications of the implementation of the understanding and the possibilities of obstructing or even suspending and cancelling it. So it has to expect the possible scenarios. He added; due to the complication which faces the understanding for two years and the threat of falling, it is important to pose a question about the reasons of the steadfastness of that understanding so far.
The reasons of the fall of the understanding are available. The American withdrawal raises an immediate question about the justification of the European stay in the agreement, since by returning to the first stages of negotiations it is revealed that the Europeans were more strict than the administration of US President Barack Obama in the stages of the last negotiations, and that their conditions for signing were similar to the demands of US President Donald Trump for getting out of the agreement. But if we take into consideration the theory of the European considerations to stay in the understanding especially after it became legal, we cannot believe that the principles of respecting the international resolutions and agreements are enough for such European rebellion against the US decision in such major and central issue. And if we consider the meaning of Europe’s commitment to the American warnings through its sticking to the agreement with the limits of the legal position and the diplomatic defense without practical economic interpretation which mainly concerns Iran and forms its criterion of its decision to stay in the agreement or to get out of it then we will notice that there is a coordinated or uncoordinated American-European integration that determines the position towards the agreement entitled “protecting the agreement from falling” and thus preventing Iran from the most of its revenues.
On the other hand, Iran has all the reasons to withdraw from the understanding but it is as Europe, sticks to prevent its falling. The European abstention has granted Iran the opportunity to withdraw, but it preferred to threaten of getting out of the Treaty on the Non-Proliferation of Nuclear Weapons than withdrawing from the nuclear understanding. But when Europe threatened of getting out of the agreement and heard the Iranian threat. The European Union Minister for Foreign Affairs Josep Borrell rushed to Tehran and from there to Washington, and thus the mutual threats were dismissed.
Vienna’s meeting which was held yesterday between the four countries plus one and Iran proved that the stability of the agreement as a framework for a new stage in the international diplomacy and for the relationships between Iran and the international group is more important than the American-Iranian conflict, even if the agreement remains theoretical for a period of time till it is applied or adjusted according to the frameworks which it stated. The Americans and the Iranians discovered alternative frameworks for the agreement to wage the conflict and to neutralize the agreement from the conflict, waiting for the end of the conflict or reaching to new balances that pave the way for negotiation. Washington’s announcement of the Deal of the Century and the assassination of the Commander Qassem Soleimani on one hand, and the Iranian strict response by bombing its most important bases in the region, and its announcement of the beginning of the battle of ousting the Americans from the region on the other hand indicate to the high degree of risk between the most important players in the Middle East as much as they indicate to the implicit recognition that the transition to this escalatory moment according to Washington is less dangerous than the American pressure on Europe to get out of the agreement and thus to cause its fall and less than the decision to get out of the agreement in order not to cause its fall according to Tehran.
The veteran Russian diplomat said that the diplomacy which its mission was to present the consequences of wars and confrontations on the tables of negotiations has found in the nuclear understanding a ready complete framework for such mission in addition to its being an arena of engagement. The implicit recognition of preserving the agreement is a proof of one thing; it means that the comprehensive confrontation is not on the agenda of anyone especially America, because Iran has never been the initiator of escalation.
Translated by Lina Shehadeh, 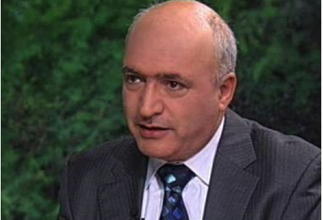