The Patriarch Bishara al-Rahi’s statement that Hizbullah accused him of agency and treachery is most regrettable. Everyone assures that any attempt to learn Hizbullah’s response to the Patriarch’s call for neutrality was met with “No comment.” In her refrain from declaring her opposing perspective to the Patriarch’s stance, Al Mukawama aimed at preventing an interpretation of its position through lenses of sectarian defensiveness, giving lurkers the opportunity of fanning flames, resulting in exchanges of volleys of accusations of agency and treachery.

The invitation is open for the Patriarch to rise above allegations of treachery against him from a Party and a Mukawama, which have a full awareness and appreciation of sensitivities in Lebanon, and who prioritize a diligence about not taking positions, in order to ensure communication respectful of honorifics, including the Bkirki Honorific, and to preserve national unity.

Al-Sayyed Hassan Nasrullah, to refrain from comments on the Patriarch’s call for neutrality, personally or through their respective party platforms, would not be revealing a secret. In addition, they have both expressed their displeasure towards individual voices and religious, political, and publicity sites which went against their chosen direction.

In view of such diligence and approbation, they would have rightfully expected from Bkirki a reciprocal approach through an invitation for a discussion of her position with all the Lebanese entities, in an effort to promote agreement and harmony, before her declaration. What is occurring today instead, is that the Patriarch’s call transformed into a mudslinging campaign against Al Mukawama and her arms, unjustly relegating to her the responsibilities for and the dire consequences of the multitude of crises Lebanon has been facing.

This declaration provided an opportunity for its exploitation by those lying in wait, through a discourse insinuating that the injurious and demonizing campaign targeting Al Mukawama has gained a solid base through Bkirki’s leadership. The duo’s silence was the utmost they could offer amidst all that, as an expression of care and respect, awaiting reciprocity from the Bkirki Seat, to provide the opportunity for communication about disagreements behind closed doors.

The Patriarch’s call and his speech on the occasion of Lebanon’s Centennial is being presented as a reading about Lebanon’s future and a project for a new contract benefitting from past experiences and present dangers. He refers to a fear that what is meant by a new contract is an invitation to trilateral power sharing, i.e. power sharing on an almost equal basis between Christians, Shias, and Sunnis, rather than current power sharing divided equally between Muslims and Christians in Lebanon. Such expressed fear sounds strange in view of  Speaker Berri’s refusal decades ago of a trilateral power sharing proposal, and Hizbullah’s refusal of  more generous sectarian power-sharing offers as a trade-off for its power which constitutes a major security threat to the Israeli Occupation.

Both parties confirmed and continue to confirm their insistence on the preservation of the position and role of Christians in Lebanon and the region as a fundamental constituency in the Orient, independent of the actual number of Christians in it.  They have repeatedly emphasized the necessity of reassuring this constituent and ensuring all elements of stability for its continued existence. Their belief is that the Orient’s Christians confer an added value to the Orient, and the loss or weakening of this constituent will rob the Orient of its distinctive characteristics.

These two parties who are implied in the “trilateral” accusation have been clear in attaching to every call for the end of sectarianism, another call for a positive Christian partnership which is reassuring to them, on one hand, and provides existential reassurances for Christians, on the other. A discussion is needed among the Lebanese about a new contract on the basic principles held by the duo encapsulated in progress towards a democratic state, unfettered by the federalism of sectarian protectorates, and ensuring guarantees against the transformation of democracy into a tool in the hands of a sectarian majority, shaking the equilibrium between sects or posing an existential threat to them.

The passage of one hundred years on the establishment of the political Lebanon, in the shade of which we stand today, makes it worthwhile to go back to the writings of two great Lebanese Christian thinkers who have had a strong influence on the conceptualization of Lebanon as an entity, and of Lebanese nationalism, and with whom every Christian political speaker affiliates or aligns his or her position with what had been attributed to them. The reference, of course, is to Charles Malek and Michel Chiha, who have drawn the picture for the Lebanese entity and the principles for its political and economic growth, and unequivocally warned of what they considered to be an imminent threat to its being, namely the earth shaking event of the creation of the Occupation State in 1948.

Both Malek and Chiha were terrified for the fate of the Lebanese entity, and called for the Lebanese to be vigilant about a future in an environment of increasing difficulties. They agreed, each from his own perspective, about the dangers associated with that cataclysmic event which made Lebanon a constant target for Zionist expansion, and at risk of structural damage to the culture of coexistence on which it is based. They agreed that this event created nurturing climates for religious prejudices and extremism, which in turn were expected to launch eras of threat to peace between the Lebanese, and geographic locations posing such threats, in the form of consecutive waves.

They stated that the Jewish State, which they described as racist and reliant on the potency of money and power, will constitute an existential threat to a Lebanon weak and helpless by comparison.  They believed that the newly formed entity will pump waves of Palestinian refugees, and as their hopes of return to their homeland became increasingly out of reach, would place at risk the sectarian equilibrium in Lebanon.

Charles Malek, from his position in the United Nations, sent a report in 1949 to Lebanon’s President and Prime Minister in which he went further, pointing out the approach of a Jewish epoch to the area, that Palestine was the mirror for conditions in the Middle East, that the scant influence of the Arabs will result in an increasing “Jewish” influence, and warned against betting on international positions because the West, headed by the Americans, will side with the “Jews.” He stated: “ In every principal conflict between Israeli and Arab interests, America will support  Israeli interests.  I warn strongly against falling blindly into the trap of seductive American construction projects before their full scrutiny and the scrutiny of Jewish connections to them.”  He proposed a countermeasure based on the building up of Arab armies, an Arab renaissance, and a liberation movement led by Lebanon and Syria. He wagered on a role supportive to the Palestinian cause, and aid to Lebanon and the area in the face of the “Jewish” threat, by the Worldwide Catholic Church, led by the Christian Church in the Orient, with Lebanon being its more important base.

Both Malek and Chiha believed, in the first place, that the triad of threats, expansionist, structural, and economic, posed by the Occupation, along with the Palestinian refugee issue, should form an axis for Lebanese policies internally, at the Arab level, and internationally.  Secondly, they pointed to the losing bet on the effectiveness of international interventions without possession of a considerable interest potential and adequate power to enable participation in the big equations, implying that begging for protection from a position of weakness will inevitably result in disappointment. Thirdly, they bet on the leading role of the Church in escalating and reinforcing power resources internally, and moving outward from that position of political, economic, and military strength, to rouse the Worldwide Church, in the hopes of creating a balance protective of Lebanon.  Can anyone say today that the threats no longer exist, or that the effectiveness of the Arab position has increased, or that the laws governing the movement in international relations have changed?

Al Mukawama, capable and competent, liberated and deterred, and became a source of anxiety for the Occupation in regard to its security and existence.  She became one of the manifestations of what Chiha and Malek asked of the Lebanese.  Sage and prudent,

Al Mukawama is the missing link which Bkirki should feel happy to meet halfway, for a complementarity in roles, translated into what should be done for Lebanon’s protection, with differentiation and variation lending strength to positions rather than being problematic. What has come forth instead from Bkirki’s positions only weakens power sources, aborts opportunities for complementarity between politics and power, and whets the appetite of those in wait for the possibility of weakening or isolating Al Mukawama. It fails to attempt seeking guarantees for Lebanon and the Lebanese using the pacification of Al Mukawama as leverage.

The neutrality initiative, even in its “active” form, fails to tell how it will solve the refugee issue in a time of Arab abandonment; how it will protect Lebanon’s economic role in the era of “normalization;” how it will protect Lebanon from the threat of aggression in the times of disintegration of Arab armies; and who will benefit from the weakening of Al Mukawama and from targeting her morale and reputation except lurking Takfeeri Extremism, lying in wait for Lebanon, the Orient, Christians, along with all the other constituents in the area?

Renewal of the Greater Lebanon starts with a dialogue between the Lebanese to form  understandings which address points of defect and invest in power sources.  Bkirki is the first invitee to openness towards Al Mukawama and investment in her sources of power, after Bkirki has clearly seen France coming to acknowledge Al Mukawama as a reality unsusceptible to marginalization or weakening. In making such acknowledgement, France was speaking for herself and on behalf of her allies, whom Bkirki considers as friends and fears Lebanon’s loss of their support.

The French movement confirms that the attention of those friends to Lebanon and lending their aid has come only as a result of the Al Mukawama raising their anxiety about “Israel’s” security and existence. Any reassurance to decrease such anxiety embedded in the  calls for neutrality will only mean that such attention will shift, and any helping hand will be withdrawn and washed from anything related to Lebanon. Perhaps this is the most prominent conclusion Chiha and Malek came to 70 years ago. 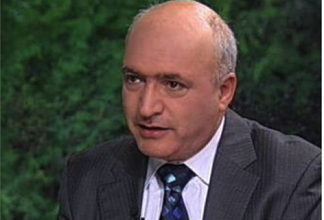 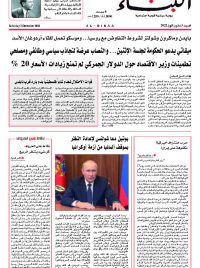