It cannot be accepted the description of the American President Barack Obama about Turkey’s dropping of the Russian plane to defend of its airspace, even it was proven that the plane has violated the Turkish airspace, and that is belied by all the facts. The decision of shooting is neither determined by an incident, nor by its data, but by the political background which draws the equation of the relation between two teams, one of them has a plane which is suspected to be violating the airspace, and the other decided shooting, this is what would have happened if it was an Israeli plane in its routine tours over the Turkish airspace across the Mediterranean Sea toward its reserve bases in Kazakhstan. The matter is about the decision of shooting in order to send a message in which its size, range, and its destination is determined in politics, what has happened shows that Turkey has decided to provoke Russia to somewhere through shooting, and it is ready to meet it in that place, in one of the two sites either a negotiation table where Turkey can present its conditions about the war waged by the Russian President Vladimir Putin in Syria or the confrontation.

Turkey has taken into consideration the probability of selecting the Russian President of the confrontation, so it is supposed that it is ready, the logic says that it excludes this hypothesis and wants to attract him to the negotiation table, or to make him understand the Turkish red lines and the commitment to it. Despite the probability of Turkey’s exclusion of the hypothesis of Russia’s decision of confrontation, it cannot be imagined the decision of shooting without putting this hypothesis and anticipating  it, but this over the capacity of Turkey alone, so one is a naïve if he imagined that the Turkish decision was apart from an American coverage that started with the partnership in attacking ISIS sites in the Northern of Syria through Turkish American raids and giving them to armed groups that Turkey can sponsor them in the name of the Syrian opposition, this has been culminated by the speech of Obama about the right of Turkey to defend of its airspace.

Washington is the cause of the Turkish provocation, the aim is to draw equations that some of them are related to the Turkish interests in the Syrian war, as the obtainment of a security belt for the Turkmen, and neutralizing the Kurds of its borders, moreover using this political path in Syria later, but behind this are the American considerations which Turkey are carrying them out through  making the process of classifying terrorist fractions under considerations which Washington sees them ensuring the entrance of its group into the political Syrian process, and neutralizing them from the Russian fire, in addition to the imposition of a delegation  that belongs to Washington in  the name of the opposition into the anticipated  political dialogue in the third Genève, furthermore imposing controls on the Russian military movement that is drawn by red lines that are set by Washington.

Russia is in front of the test for its status as a superpower, it has decided to respond, the response will not be through waging a war on Turkey but by hitting the sites which the Turks have interfered to protect them and to prevent their targeting, luring Turkey to repeat the engagement, then there will be a readiness for confrontation which resolves and gives a lesson,,,,,,The days will prove. 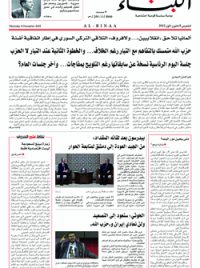