The use of the term “battle between two wars” goes back to the crisis which arose between Washington and Moscow over Cuba in the 1960’s known as the Bay of Pigs crisis, when Washington intended to invade the Cuban Peninsula, and Moscow intended to install nuclear missiles there.  The clash between their opposing plans almost led to an explosion.

Opponents of escalation in Washington warned of a Third World War.  Its proponents responded that a confrontation will not be a World War but rather a “battle between two wars.”  What was implied was that the confrontation will be a battle and not just a simple fire exchange, but will not develop into a war.  It will be a battle between a war which already took place, namely World War II, and one which has not, namely World War III. They posited that such a battle will draw a new balance of power, and that any use of nuclear weapons will be tactical and localized, and will prevent a Third World War from occurring.

Occupation war theorists resurrected the theory of a battle between two wars as a description of the operations its army was conducting in Syria for purposes or aggrandizement and to make believe that its army has strategic capabilities which, in reality, it does not possess. They used a great deal of exaggeration in their description of their air raids as part of a battle between wars, the 2006 War and a future war, when in fact there is yet to be a battle, and what is occurring are scattered air strikes aimed at avoiding both a battle and a war.

The pre-condition for a battle between wars is absent in the Occupation army’s operations. Such precondition requires that readiness of both sides for war and their determination to engage in it. The success of the power of deterrence on each side to exercise controls and ceilings would then convert the confrontation into a battle between two wars capable of drawing new balances and building new equations of strength.

The operations of the Occupation’s army in Syria range between tactical aimed at hindering  the Mukawama’s readiness by building up its power of deterrence, particularly in the area of  precision missiles, while acknowledging that it is incapable of stopping such build up because it fears both a battle and a war, and political messages related to rules of engagement and plans for their modification by the confronting sides in both ascending and descending directions.  Doubtlessly, such operations are less than a battle or a war, and undeserving of having their status elevated to the designation of a battle between wars. The function they serve is either as propaganda directed at the Occupation’s interior or to bolster the morale of Syrian Opposition groups when exposed to attacks (by the Syrian army). The question at present is whether pre-conditions for a battle between wars exist.

Indicators leading to such a supposition start with the high level of political tension in the relationship in all dossiers of conflict between the two opposing axes, one led by Washington and the other by Tehran. Added to that, is the sensitive timing associated with the scope of the economic strain in Washington due to stagnation and economic closures, and in Tehran due to the embargo and sanctions. These economic concerns, along with the fight against COVID-19, have set aside political concerns as a priority. Added to such pressures is the timing associated with the close approach of the U.S. Presidential election. While American pressures on the Lebanese and Syrian fronts constitute an attempt for indirect negotiations about U.S. withdrawal upon guarantees for the Occupation’s security and its interests, and the withdrawal of Iran and the Mukawama forces from Syria, the ongoing sparring gains a strategic weight, the meaning and course of which cannot be taken lightly.

The Occupation is in a difficult position which renders it incapable of engaging in a war, while at the same time incapable of tolerating a blow. The axis of al Mukawama is incapable of initiating a war, and at the same time is incapable of accepting any modification to the rules of engagement which will permit it to sustain a blow and not respond.  The escalation of threats by the Occupation’s Prime Minister to respond to any response undertaken by Al Mukawama reveal the Israel’s incapacity to tolerate a blow. It opens the possibility of the transformation of any response by Al Mukawama to the air strike on the vicinity of Damascus Airport which resulted in the martyrdom of a Mukawama fighter, into a gateway for escalation into battle between wars which does not evolve into an open and all-encompassing confrontation, but allows for testing the opponent’s capabilities in the hope of drawing new equations and balances. 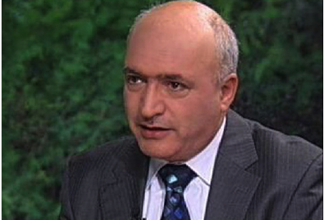 The European Union and the USA are threatened with disintegration 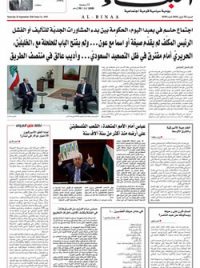