Several issues were raised following the announcement of the agreement about the framework for Lebanon’s maritime border demarcation and are worthy of discussion irrespective of the identities, agendas, or concerns of those raising them. Many raising those issues belong to a camp known for its enmity towards

Al Mukawama, and under the pretense of holding on to what they accuse

Al Mukawama of squandering, they aim to cast doubt on the agreement’s legality and legitimacy as well as that of Al Mukawama and her mission. They raise apprehensions about embedded risks including the acknowledgment of the Occupation’s legitimacy and normalization, isolation of Al Mukawama from the Palestinian Cause, and a discussion about Al Mukawama’s legality and legitimacy as a precursor for the disposal of her arms. Those belonging to that camp who bring up these concerns raise dust for the sole purpose of distortion. Others who have raised identical issues, and who cannot be classified as belonging to that camp, possibly raise them from standpoints of enquiry, safeguarding, or apprehension.

The first set of points raised pertain to the text read by the Speaker of Parliament, Nabih Berri, in announcing the agreement, and his use of terms such as “Israel’s Government” and other similar terms inconsistent with Al Mukawama’s culture and her unrecognition of the Occupation, and her rejection of anything which grants or suggests of granting legitimacy to the occupation of Palestine. What should be clarified is that the statement was not a personal expression by Speaker Berri, but rather a statement drafted in agreement between the relevant parties, namely Lebanon, the Occupation, the American Administration, and the United Nations. An only similar precedent to this agreement is the Ceasefire Understanding of April 1996 which gave birth to a Committee of Five composed of the United Nations and representatives from Washington, Paris, Lebanon, and the Occupation. In that agreement, indirect negations took place between Lebanon and the Occupation with their delegates in separate rooms meeting with representatives from the other three committee constituents. This April 1996 Understanding is the prototype for the current agreement in which all the precedent procedures will be followed by the military teams negotiating border demarcation, and is what Speaker Berri, in his allusion to the April 1996 Understanding, implied.

Any reviewer of the April 1996 Understanding will read:

“The United States understands, that after discussions with the governments of Israel and Lebanon and in consultation with Syria, that Lebanon and “Israel” will ensure the following:

Critics’ opinions aside, the April 1996 Understanding came about under very different circumstances from current ones in terms of the big differential in

Al Mukawama’s military and political strength and in the strength of the Axis which supports her compared to 1996. Despite such differential, the 1996 Understanding did not lead to normalization, acknowledgement, or a threat to her arms. Rather, it gave legitimacy to Al Mukawama and protection for civilians, and  facilitated the tasks for Al Mukawama fighters by providing them with better opportunities to target the Occupation’s soldiers and agents leading up to the Liberation of 2000.

Those critics of the terminology in the 1996 Understanding, which was being repeated in Berri’s reading from the text of the multi-party agreement reached, should admit that the real source of their anxiety is not in the terms used but in their awareness that Al Mukawama has changed. Anyone worried that

Al Mukawama, with the exponential growth in her strength and influence, has become ready for normalization and to recognize the enemy and its usurping entity, and who believe that the border demarcation agreement is but an expression of such a transformation, are called on to openly express such apprehensions rather than crouching behind terminology abundant in understandings between enemies in particular stages of confrontation.

The second set of raised points pertains to a grossly false hypothesis that border demarcation implies an acceptance of the border of the enemy and thereby a recognition of the Occupation. Al Mukawama acknowledges Lebanon’s border with Palestine, and considers the enemy’s entity an illegal occupation of Palestinian land. Lebanon’s international borders have given Al Mukawama international legitimacy during the stages of liberation. All this stems from

Al Mukawama, similar to any other resistance movement, distinguishing between resistance as a national undertaking seeking national legitimacy and international legitimization to reinforce its legality, and her commitment to her stance towards the Palestinian Cause without its imposition on any other of the Lebanese entities.

Al Mukawama has held fast to her belief and commitment to struggle and to the belief in Palestine from the Sea to the River, irrespective of changes in conditions and forms this struggle takes, in a popular and political climate, which at its best, had as ceiling, the concept of peace based on international decisions and the Arab Peace Initiative. The transformation of her belief into a national Lebanese project is beyond Al Mukawama’s ability, and depends on Arab and International conditions, which are absent. Al Mukawama’s position here is clear, in that she is not bounded by any national and Lebanese State ceiling to abandon Palestine – all of Palestine, and her ideological ceiling is her exclusive commitment, and imposes no commitment from any other Lebanese entity, and is not part of any undertaking by the Lebanese State.

The focus here is on the Lebanese State in the demarcation of borders and not on Al Mukawama.  Al Mukawama’s commitment in this context is the deterrence of any aggression on Lebanon’s resources, and to be vigilant about all that is related to defining this wealth in order to prevent any squandering by those who might make that choice to avoid confrontation.  And just like Mazarii’ Shibaa’, one of the headlines for Al Mukawama, is protected by the legality and legitimacy accorded to it by the demarcation of borders based on maps of 1923, there is a maritime Mazarii’ Shibaa’ needing demarcation devoid of any hint of recognition, normalization, and legitimization of the Occupation. This is what the framework agreement contains, regardless of negotiation outcomes.

The third set of raised points relates to the fate of Al Mukawama’s arms, and the opportunities embeded in this agreement for putting it on the table, which invites a discussion about hypotheticals. Reaching an agreement satisfactory to Lebanon in which she gains her rights will be an accomplishment attributed to

Al Mukawama and her strength. Assuming a failure of the negotiations,

Al Mukawama having popular and official legitimacy will maintain the right to protect Lebanon’s maritime wealth from Israeli designs. Attention should be drawn here to the fact that an accomplishment regarding national rights which have been collectively defined and agreed upon can be achieved unilaterally, whereas the relinquishment of a single pence from those rights requires a consensus. This is a rule bigger than Lebanon, giving no one the ability to surrender rights or to dare to.

Furthermore the legitimacy of Al Mukawama’s arms was never tied to Mazarii’ Shibaa’ or to maritime wealth, but was rather part of the requirements of the defense of Lebanon which exceeded the capabilities of her army. This brings us to the importance for Al Mukawama to place her larger project of the liberation of Palestine within a framework which always preserves her national Lebanese legitimacy. Any loss in national legitimacy exposes her to both political and moral losses which will manifest in disintegration in the front which sees her as a national Lebanese option to protect rights and defend the nation, and gives her popular and political protection.

Those who say that what is new is Al Mukawama’s acceptance of the framework agreement stand far from the facts related to the course negotiations take and their content. What is new, in fact, is the American and “Israeli” acceptance of Al Mukawama’s conditions after having exhausted exerted  pressures and themselves became subject to political, economic, and media counter-pressures. In juxtaposition, Al Mukawama, amidst targeting campaigns, gained an opportunity to prove her role in the achievement of national gains for the Lebanese, and to reveal her importance as an element of strength in the protection of Lebanon and her resources.

Those who hold on to their view that the border demarcation constitutes a demarcation of the enemy’s borders ignore that the Occupation refuses a demarcation of its borders, and considers as its border anywhere the feet of its soldiers land on. As for those who assume that the Occupation plans to set a trap through a land and sea withdrawal from areas of Lebanese sovereignty, they should remember the reality of the struggle over geography, in that whoever possesses the land possesses victory in future confrontations.  Wasn’t UN Security Council Resolution 1701 an attempt to erect a legal and security barrier to protect the Occupation, and wasn’t Al Mukawama accused of protecting and guarding the Occupation’s border, and selling Palestine along with the principle of resistance?

At the time, a great deal of what was read into the resolution and its context by Al Mukawama’s enemies, antagonists, and friends was that it weakened her and gave the enemy, backed by its International and Arab allies, the opportunity to continue exerting pressure to besiege and weaken her further. Yet, was not the result of that experiment an American and Israeli admission that under the shadow of 1701, Al Mukawama became stronger and more empowered, and more strongly proclaiming her identification with Palestine, and her commitment to the Palestinian cause?  Science, logic, and jurisprudence maintain that occurrence is the proof of possibility. This calls on doubters and those who are apprehensive for self-examination with depth matching the magnitude of that experiment.

The reality told by the history of the struggle with the Occupation on all fronts, and for the span of the past decades, and with the changes in place and time, is that any undertaking in the nature of a radical confrontation within a principled view of uprooting the Occupation is governed by a delicate balance between nationalistic identification and national positon. The endeavor aimed at uprooting the Occupation by any nation and its people on each of the fronts of confrontation, gains credibility to the extent that it becomes a national endeavor and succeeds in maintaining this critical balance. Any disequilibrium will result in the risk of loss of both national positon and nationalistic identification.

Egypt in the time of President Jamal Abdel Nasser and Syria in the time of both Hafez Al-Assad and Bashar Al-Assad succeeded in holding on to their commitment towards the Palestinian cause and to their national positon in the open confrontation with Palestine’s Occupier, through their success in approaching the confrontation under the ceiling of their Egyptian and Syrian nationalities.

In our case, Al Mukawama will not be able to succeed in proving her credibility towards Palestine unless she succeeds in having the Lebanese see such credibility as a Lebanese national project. The measure of creativity and success lies in the ability to hold fast to both. Those raising doubts and concerns should remember the reason Al Mukawama always tied its participation in the defense of Syria to Lebanese national reasons related to the protection of Lebanon from terrorism, even though it is well known that more fundamentally, her reasons for participation had wider considerations connected to her perspective on all the elements of the conflict and their strategic balance. 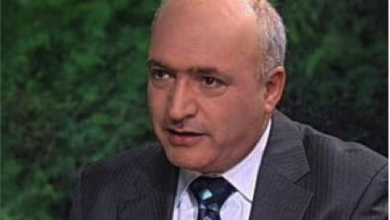