A commonality exists between US President Joe Biden’s policy marketing strategists and their opponents in and outside of the United States.  Both sides promote the confrontation with China as a priority for the American Administration, and its corollary that the American retreat and regression are nothing but a re-positioning named becoming unencumbered to face China. The appeal to opponents in this theory is that embedded in its context is a modicum of admission of weakness because it posits the inability of the US to face China while fighting open battles on other fronts. It also presents an acknowledgement of China’s rise and its associated challenges as a justification for singular U.S. devoted focus.  However, a scrutiny of the elements in such a slogan reveals it as a big lie.

Becoming unfettered to confront China as a headline implies affording better means for such confrontation, steering clear of any distraction, and holding onto any political, economic, or military positioning which enhances conditions associated with this confrontation, especially  that China stands as the first contender to fill any vacuum left by the United States.  Given that the confrontation with China is a composite of the political, economic, and military, an advance in one of those areas scores a point towards winning the confrontation, and any retreat reinforces the chances of defeat.

In considering the latest American steps undertaken under the Biden Presidency which have been marked by a  defeatist tendency and having a morale lowering impact, albeit softened by the cosmetic phrase of freedom to confront China, three prototypes tied to this claim appear.  The first is the withdrawal from Afghanistan to stop drain on resources. The second is the quest for return to the nuclear agreement with Iran with the justification of preventing the emergence of a nuclear power which could disturb the international scene and upset its balances.  The third is the American-British-Australian naval pact in the Pacific and Indian Oceans known as “AUKUS” which assumes geographical closeness to the line of confrontation with China.

The case of Afghanistan raises the question about whether American military withdrawal and its political and economic repercussions constitute a reinforcing factor in the US face-off with China. To begin with, Afghanistan was an American target due to its geographic location which forms a triangle between Russia, China, and Iran. The war against the USSR in Afghanistan, supported and financed by the CIA in the 1980’s, was waged under the headline of blocking the growth in Russian, Chinese, and Iranian power foreseen as challenges to American national security. When the US invaded Afghanistan in 2001, all US positions under Democrats and Republicans linked the continued presence in Afghanistan to strategies for confrontation with the rising Asian trio. After the American withdrawal, Afghanistan appears to have become an economic prize for China, a military prize for Russia, and a political prize for Iran. Consequently, how could the withdrawal be a gain for the confrontation project with China when remaining in Afghanistan afforded the ability to face China from ground zero, at a minimum providing surveillance, intelligence, and electronic warfare opportunities, if military warfare was a remote consideration?

In the case of Iran, suffice it to remind that the strategic cooperation treaty between China and Iran preceded Biden’s arrival to the White House, with Iran being the heart of Asia and   included in China’s chief international project the belt and road initiative, represents a qualitative shift in the American-Sino power balance.  China in Iran automatically puts China at the gates of the Gulf, Caspian, and Mediterranean, and in direct contact with border crossings of tens of countries. Any thought to bring China back behind her borders has to be built on preventing her positioning in Iran, or at least preventing Iran from becoming an effective partner enabling China to expand her regional and international influence. This latter goal was used by Trump advocates to justify the policy of harsh measures, and declared by Biden on his arrival as a failure, acknowledging that hindering Iran from advancement failed, and that continued confrontation implied futility and increased losses. Because this is true, it also true that acknowledging Iran’s win in this round is an intrinsic acknowledgement that China will be on the winning side in any Iranian accomplishment.

Embedded in the AUKUS pact presented by Biden advocates as an advanced step for proximity to China’s geographical surroundings is a modicum of optical illusion casting doubt on the authenticity of the cited goal. It questions whether the pact does not secure a US defense line flanked by Britain from the right and Australia from the left as the translation for the withdrawal rather than a mobilization towards China.  The answer lies in the birth of AUKUS to succeed NATO which received its first blow by the withdrawal from Afghanistan with a fracturing impact the effects of which continue to reverberate, and the knockout blow by the announcement of AUKUS, its harm and losses to France, and ensuing fallout in the Franco-American relationships resulting from the fragments of the blown-out submarine deal.

Washington is aware of what she is doing but lies about of her actions. What Washington is doing is lightening the burden of the politics of the number-one nation in the world to devote itself to her domestic situation which lies on the verge of disaster, depriving her of the luxury of defending her position of world leadership as it collapses. The slogan of becoming un-encumbered to confront China then becomes a typical lie needed to cover up this retraction.

Washington’s adversaries who repeat the American freeing up to confront China formula are called upon to carefully examine this slogan before continuing its repetition.

1 – The US who is retreating inward and abandoning confrontation posts has defined a line for the defense of her security consisting of the oceans separating her from the world, the Atlantic Ocean up to Britain on one side, and the Indian and Pacific Oceans up to Australia on the other. This explains the AUKUS pact which includes the US with Britain and Australia, instead of using NATO to spread across the oceans, to avoid entanglement in the Mediterranean or in Africa and Asia where the interests of her NATO partners lie. 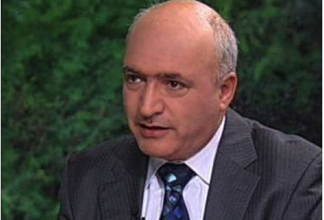 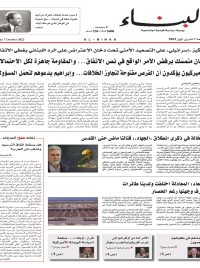