Nasser Kandil wrote:     What is known well by the Americans 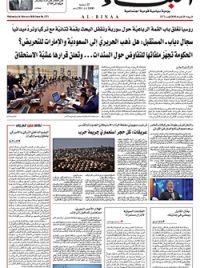