It cannot be denied that the only team which his name was at the forefront of the list of the war on Syria has constituted the opportunity of promoting this war, as a supportive of a democratic opposition which wants to reform the regime, it is the ruling regime in Turkey, Turkey is among the non-Arab countries which supported the war on Syria and it is the only Islamic country, it is the country which had best relationships with Syria and its President. Moreover it has recorded collusive attitudes against Israel as it has solidarity with Palestine, and has tried to break the siege of Gaza. Thus it is among the countries which has interests and a colonial history that is full of hostile reasons towards Syria, which sticks to its independence and its rights in the conflict with Israel, Turkey was the only country from which the rest countries had stemmed the credibility of their positions as it claims denying that it’s war is targeting the Syrian independency or its reluctance against the Israeli projects. The question which the other countries have is “Is the Islamic Turkey which is a friend of Syria and which wages confrontations with Israel is taking the same position?” As for the other Islamic countries and the Arab ones in particular Turkey was the only one which one can believes its claims of supporting the democracy in Syria on the basis on  the rule; you can’t give what you do not have,   all the Arab countries involved in the war on Syria are still without constitutions, ruled by backward regimes that cannot be compared with what they claim of keenness to form a modern democratic regime in Syria which is proceeding them by far at the level of the civility and the civilization of the country, while Turkey was able even before the recent elections and amending the constitution which Recep Erdogan has called for to boast of its regime which is an example of the democracy that its related positions have a high degree of credibility.

The emergence of ISIS and the development of the image of the role of the terrorist groups, in addition to the speech which the West press has, and some talk by the American officials about Turkey’s incubation of the terrorism, securing the shelter for its organizations and providing the supply lines of money and weapon have formed important beginnings to discover the lie of the Turkish credibility, as the Muslim Brotherhood project which Turkey has announced publicly at the spokesman of its  President Recep Erdogan and which has declined in the region specially in Egypt, in addition to the Turkish position towards the Egyptian elections and the elected President Abdul Fattah Al-Sisi all of these have formed more clear image about the real position of Turkey and the ruling Party in it, from the project of the implicit dominance entitled the New Ottoman in which its President and his Prime Minister are behaving as Sultans towards the destinies of the people and the countries of the region. The recent parliamentary elections in Turkey and the accompanying European attitudes have mourned the status of the Turkish democracy, and called to stop the negotiations to join Turkey to the European Union as the attempts of amending the constitution and the announced calls of the Turkish President and his Prime Minister to establish the rule of one party in Turkey, thus the fig leaf has fallen of the democratic lie which the government of the Muslim Brotherhood is arrogating in Turkey.

All of these have put the situation under query, but it does not resolve a public opinion in favor of Syria and the unjust war which has been launched against it, despite the changes that were created by the terrorist attacks which targeted Europe, and the clarity of the support which the terrorist organizations are granted publicly in Turkey. Till the contrived current crisis with Russia which was as the straw which broke the camel’s back, no one believes the narration of Turkey about the plane that violated the airspace as Turkey has claimed, in addition that Turkey does not intend to wage hostile acts against Turkish goals. Thus it was possible to resort to what is far from shooting as a complaint to the United Nations Security Council, asking for international observers, and to open an investigation about the Russian violation which Turkey claims its violation of its airspace, but shooting needs much more reasons where Turkey did not permit of a diligence to understand it, so it revealed it publicly by linking the shooting and its speech about a buffer zone along the Turkish-Syrian borders, and its speech about its adherence to the terrorist groups which it incubates, as well its attempt to keep a foothold which reforms Syria in a sectarian and ethnic way from the gate of claiming the responsibility of the Turkmen in Syria.

Thus, Turkey says to those who are still seeking for an interpretation of the Turkish position that it wages publicly a war for giving Syria to Al-Qaeda organizations through its two variations ISIS and Al-Nusra which Russia is waging its war against, and which each one of them has supply lines and safe shelters in Turkey, and which Turkey does not accept to engage in the alliance, which its allies have announced in the West to fight one of them which is ISIS, it remains trying to convince the West to cancel the second name ( Al-Nusra) out of the terrorism’s list. So Turkey has shot fire against Russia defending on them, because they do not have the ability of shooting, because the Turkish fire is a certain protection of ISIS and Al-Nusra and air coverage for their collapsed troops in front of the Syrian army and its allies under the Russian air coverage. Turkey is playing its last card and says the war is revolving between the Syrian army on one hand and ISIS and Al-Nusra on the other hand, and while the Syrian army is proceeding by the force of the Russian fiery coverage, Turkey will not permit that such of this superiority can resolve the track of war, so it is ready to do what is needed to stop the Russian airy coverage and to present similar to ISIS and Al-Nusra if it is necessary, so are there any doubts? 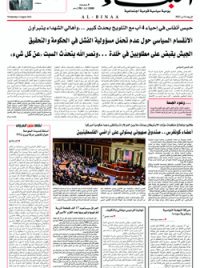